I've been in a long, dark creative slump for a couple of years. The past eighteen months have been the hardest eighteen months of my sixty-one year life, and my creativity has not been the only thing to suffer. But! The Lord is so faithful to me, and my determination to trust Him with all the moments of my life has borne fruit in small ways. I am finding joy and rest in Him, and learning how to navigate life with deep grief and pain as my constant companions. They are not pleasant companions, but they are uniquely mine, and I am learning to accept them. Acceptance of circumstances that I cannot change is key to pressing on and choosing joy...and I am pressing on and choosing joy. That's the first time I've written my thoughts down...it is cathartic, and thank you for listening.

I'm part of a Facebook group called Bitty Bookz. A lovely, talented CZT colleague of mine, Chris Titus, created a tiny book using Zentangle tiles, and offered a tutorial on how to do it ourselves. You can find her tutorial here: https://www.etsy.com/listing/707891507/bitty-bookz
I love book making and tiny things, so I was immediately smitten.

One of my granddaughters is a talented crafter, so after I made my own test Bitty Book (pictured first), she and I made five more for herself and four cousins. What fun! I failed to take progress photos, but below are the three books made for young cousins. We all went shopping and each cousin chose their book covers and closures. These books measure 1.75"X3.5". 💖 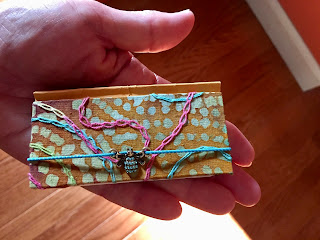 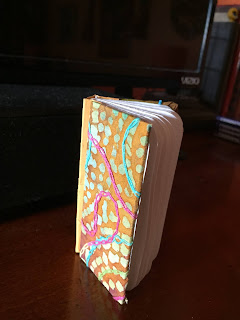 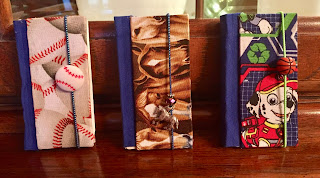 What a blessing to make something again. Thank you, God, for my hands that work well and without pain, for my well stocked studio, for my eyes that still see well...for every good and perfect gift that comes down from You. Thank you.

I don't even know how to explain why I haven't posted in...gulp..over three years. I don't really have to explain to you, though, do I? You know. You know, because your life is just like mine. So we'll just move along, OK??

I haven't been creating much this year. Been a tough year, and my creative bone has been, well, a little broken. I did make some bookmarks, which is kind of my favorite thing the past two-three years. They're small, don't take much time, and I really enjoy personalizing them and giving them as birthday and special occasion remembrances.

This year I made one for each of my oldest three daughters. My youngest daughter's birthday had already passed when I had the idea, so hers is coming next year. I find bookmarks for guys a little trickier somehow, so my son's is still in the offing, too.

I got out my calligraphy stuff last May and enjoyed practicing and piddling with it for a few weeks, so I used my lovely brush markers for their names. When they were small, I had a plaque in each of their rooms with their name and the meaning of their name on it. Name meanings are important.

Number One is the picture of diligence. So faithful, so steadfast, such a strong woman of conviction. Her favorite book is The Count Of Monte Cristo

Number Three is truly a "Bright One". Brings light and love and laughter everywhere she goes. She loves gems and sparkles (like me!), so I created some tangled gems for hers.

Number Two is our darling peacemaker. She was the middle child for seven years until Number Four came along. Middle children learn a lot about getting along. Such a precious, tender heart...but more grit and determination than can be measured. Her great love is horses. These last two were my first foray into tangling with just pencil, for a lighter, ethereal look. Kind of cool.

Thanks for bearing with me over these dry years. You're my kindred spirits.

Posted by Ann at Deep Magic Tangles at 8:37 AM No comments:

I rarely submit anything to the Diva's Challenge, but this week it definitely called my name. Auraknot and Mooka are two of my favorite tangles. I decided to do a quick one, and I also decided to (gasp) use my 2013 "Tangle A Day" calendar that I've had over a year and...not tangled a day.

So here's a hearty shout out to my lovely friend and talented creator and author of the "Tangle A Day" calendar...CAROLE OHL of Open Seed Arts! Thanks, Carole, for such a lovely book, such lovely paper, such lovely Zentangle art. You're the best!


So, without further ado, here is my duo tangle featuring Auraknot and Mooka! 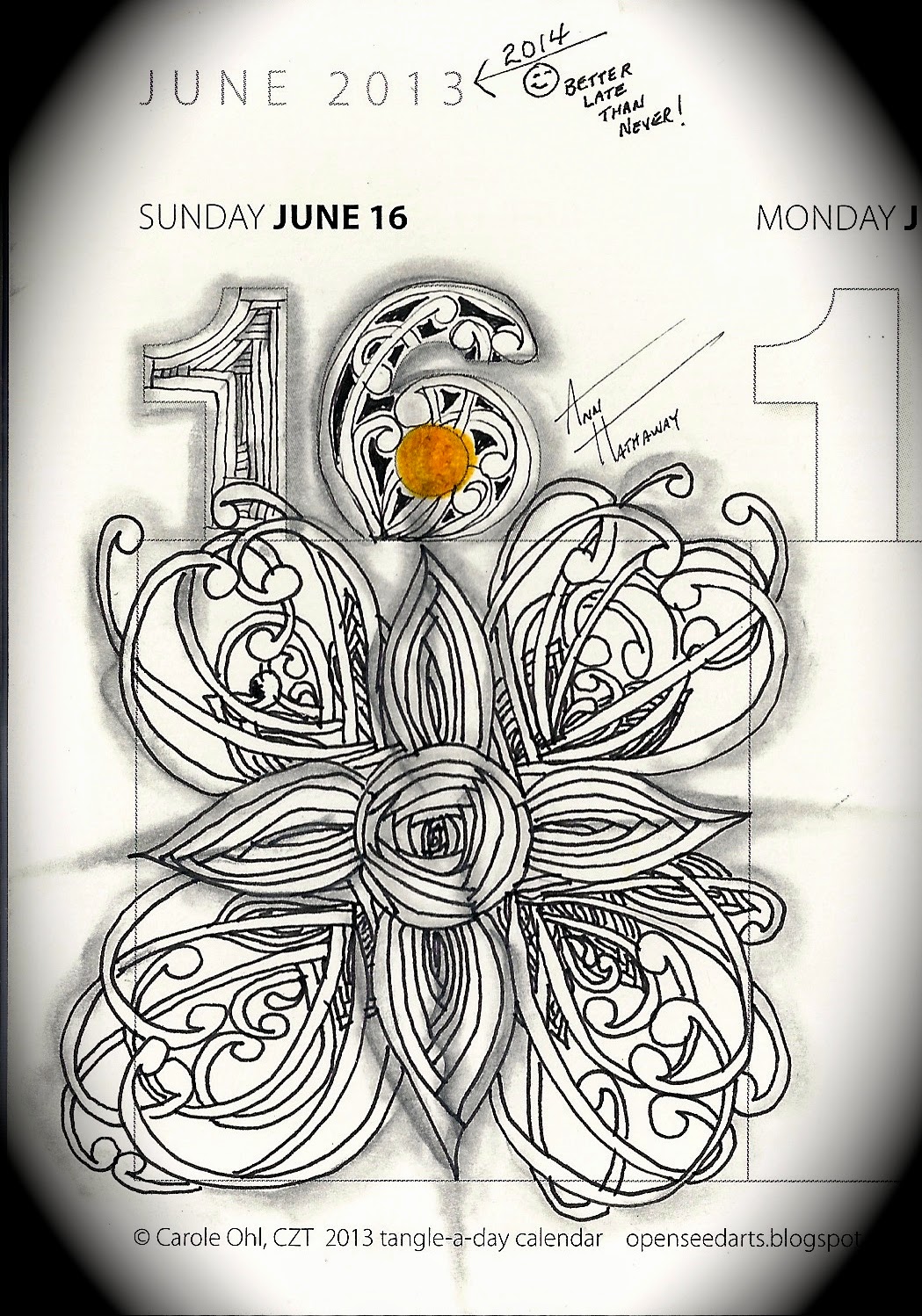 Thanks, to the Diva herself, Laura Harms, for this great combination!

I am participating in a Zentangle® ATC (Artist Trading Card) Swap with 110 other Certified Zentangle Teachers from around the world! The swap was the brain child of CZT Sharon Lynn Payne, who also facilitated the group and made it happen. It was her idea for all the CZT's to create a "deck" of ATC's - 52 tiny, original, works of Zentangle art! So we all made 53 (one extra to be sent to Rick & Maria) cards over the course of the past five months. 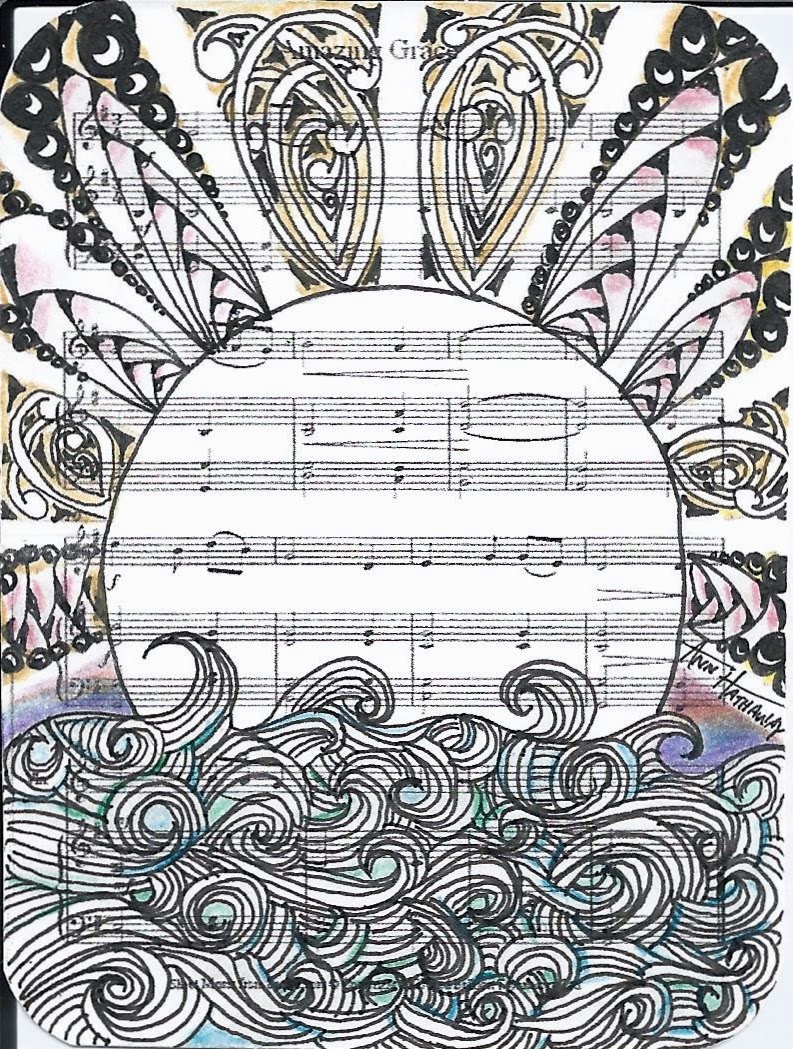 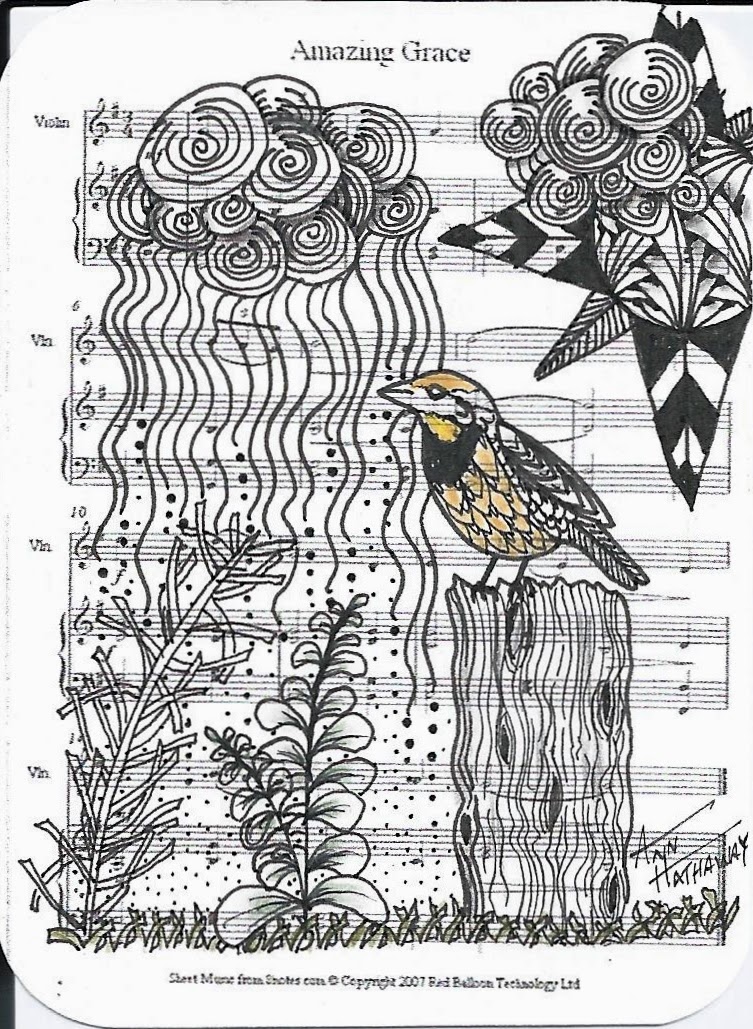 One would think that five months to create fifty-three 2 1/2" X 3 1/2" Zentangle drawings wouldn't be that big of a deal...but, as I am wont to do, I procrastinated and found myself frantically drawing the last 25cards in the last seven days before the March 26 deadline. 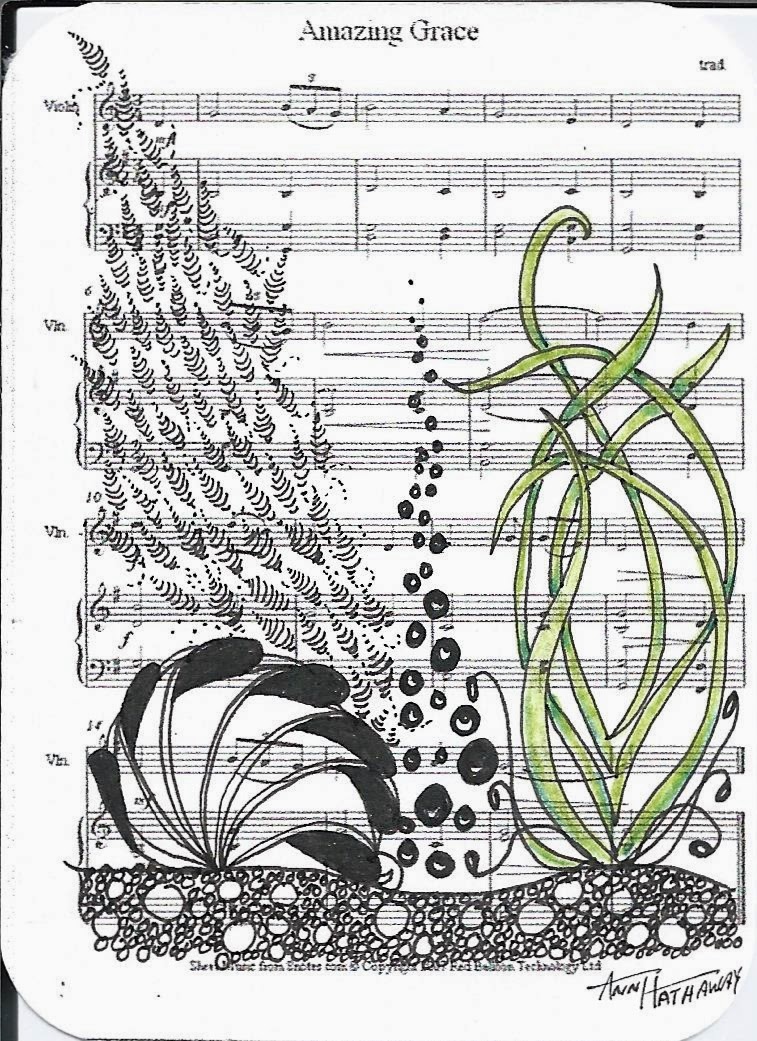 It was a fun experience though, getting to know so many other CZT's and learning from their work in our Facebook Group that Sharon created. Many thanks and kudos to you Sharon, and all my ATC buddies! Can't wait to receive my deck of 52 from 52  of you! ♥ 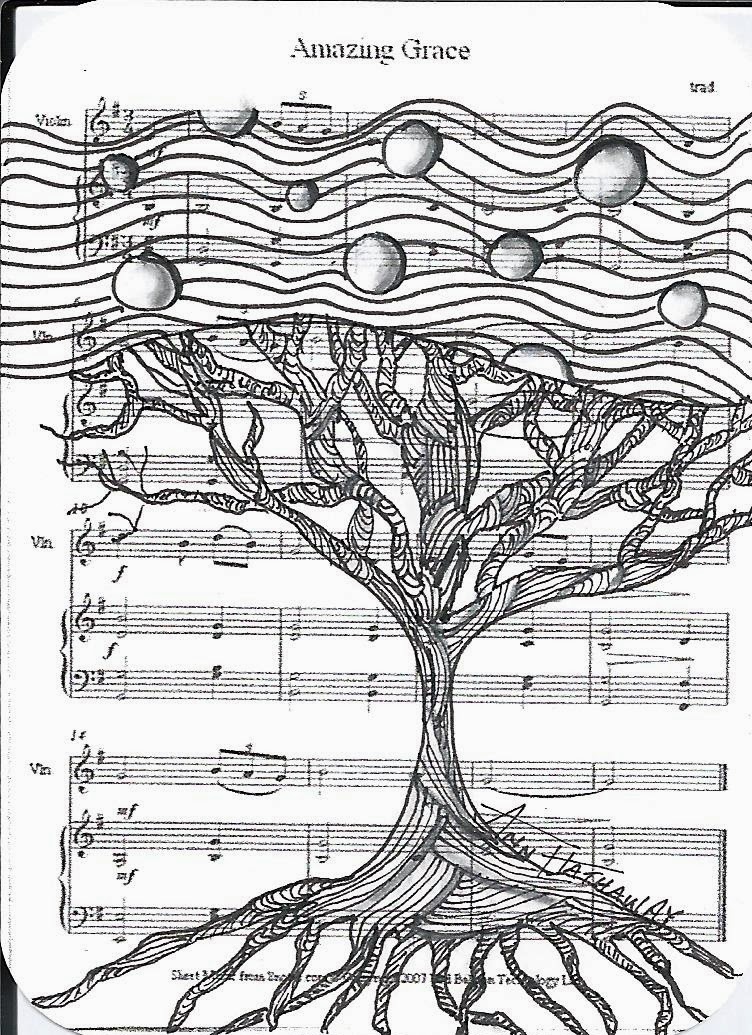 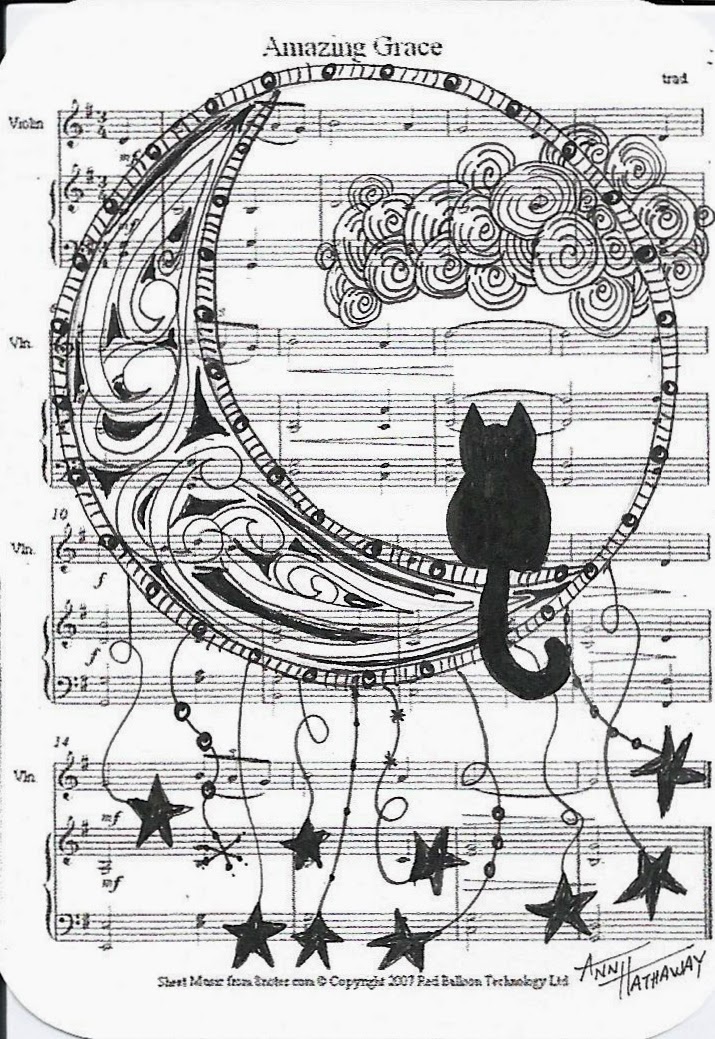 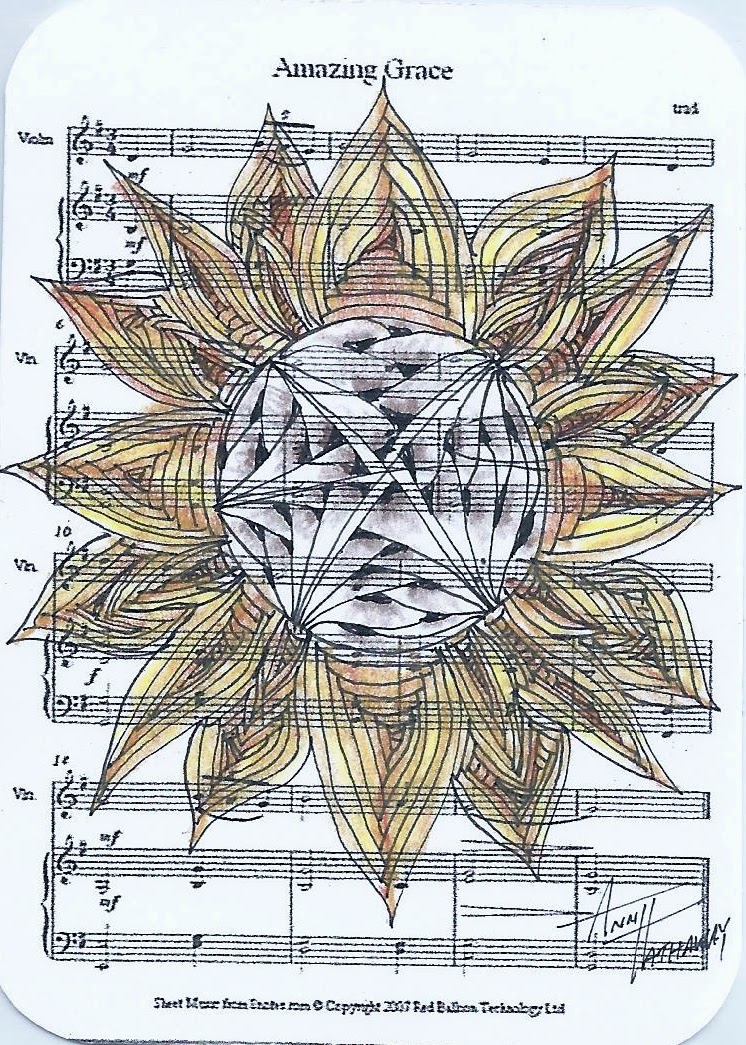 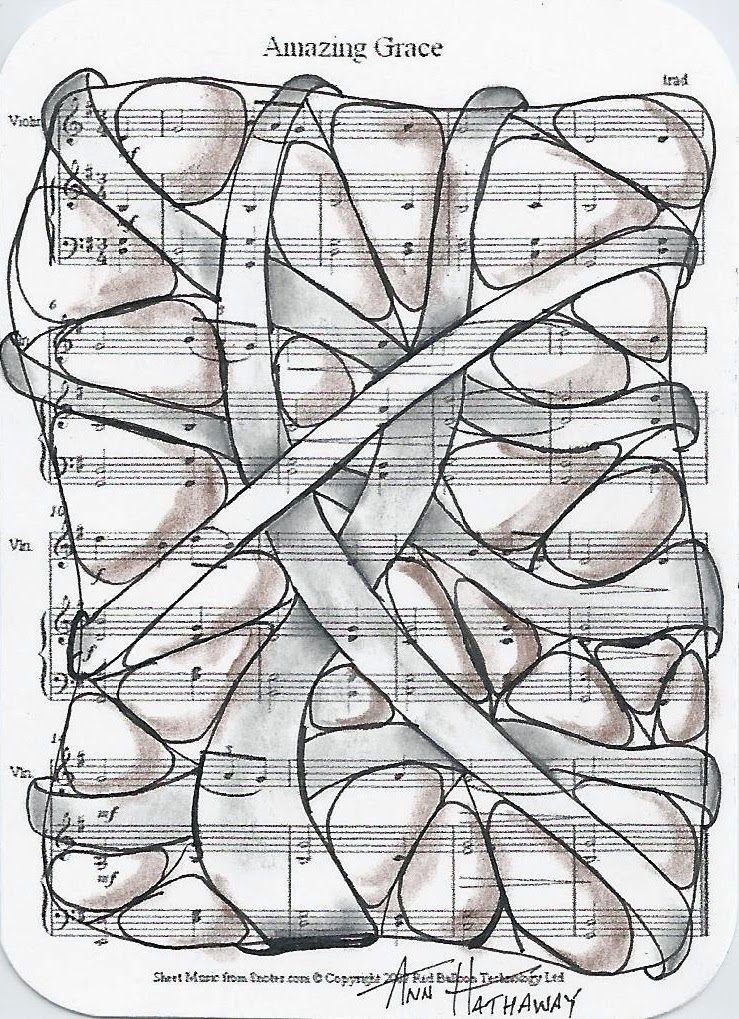 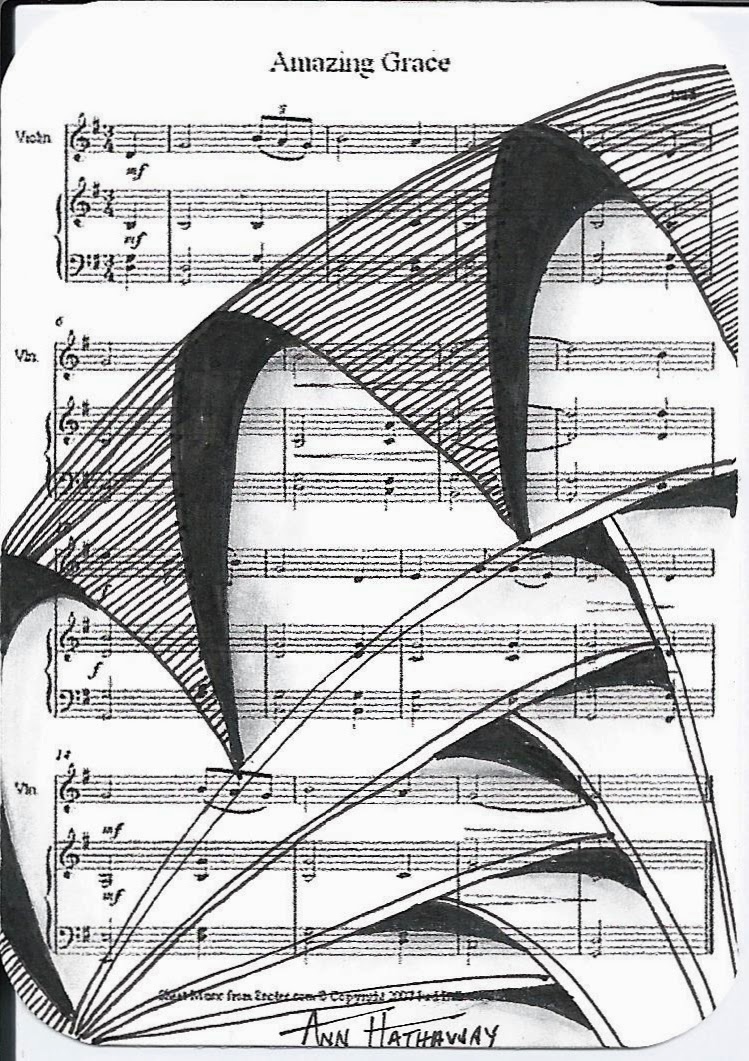 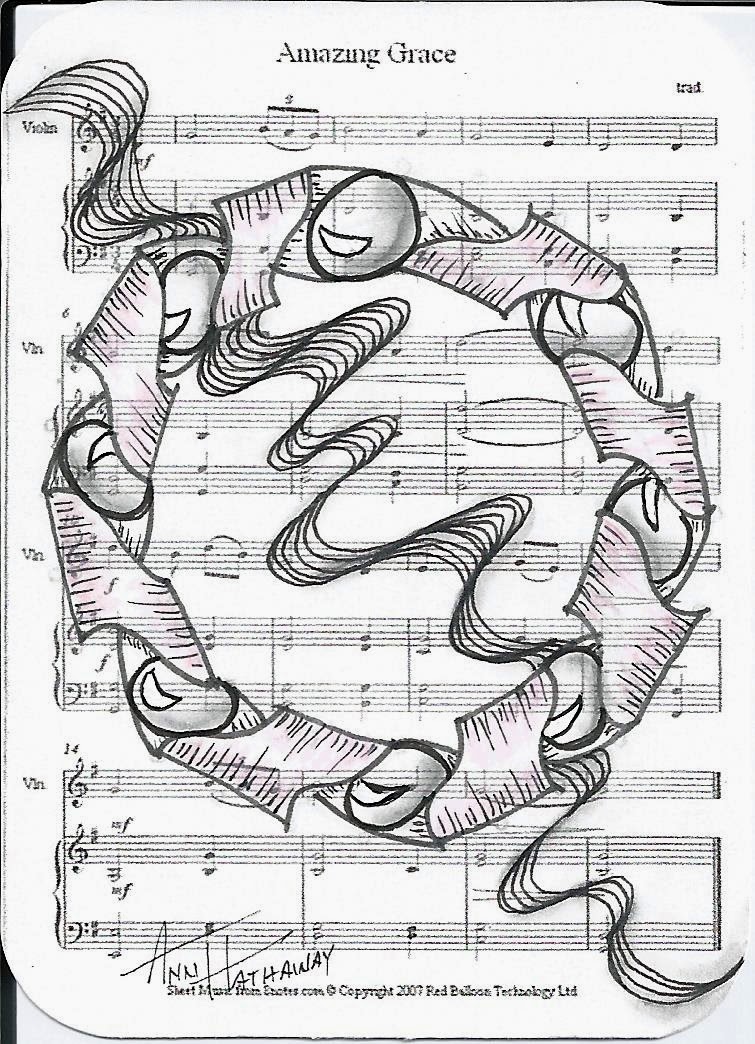 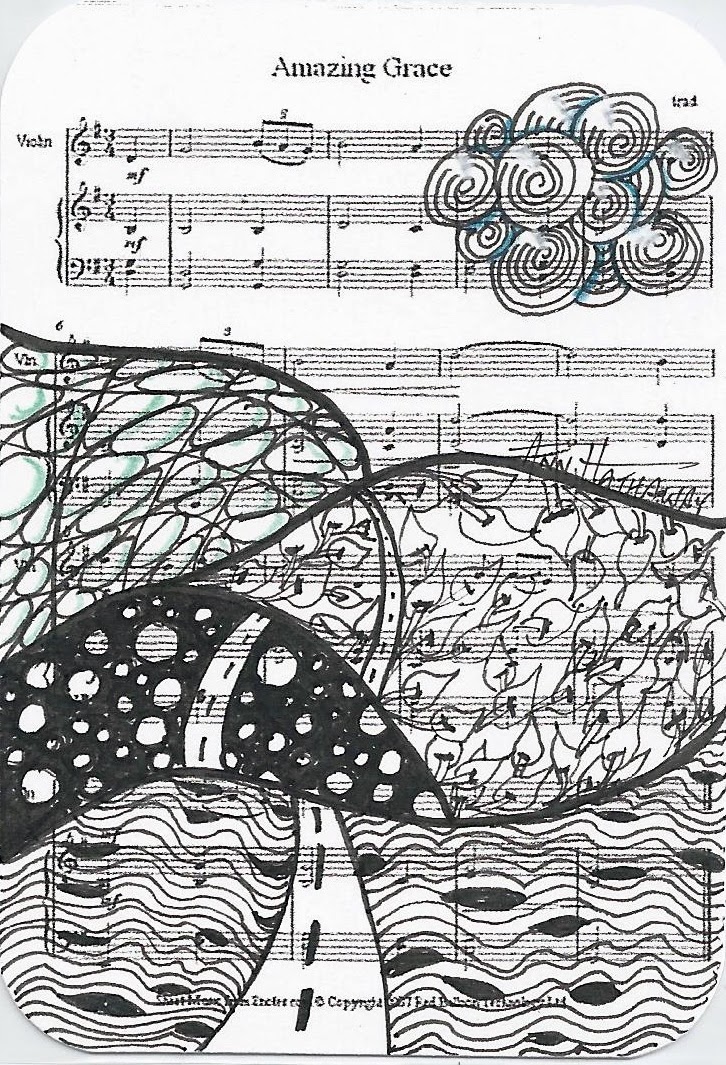 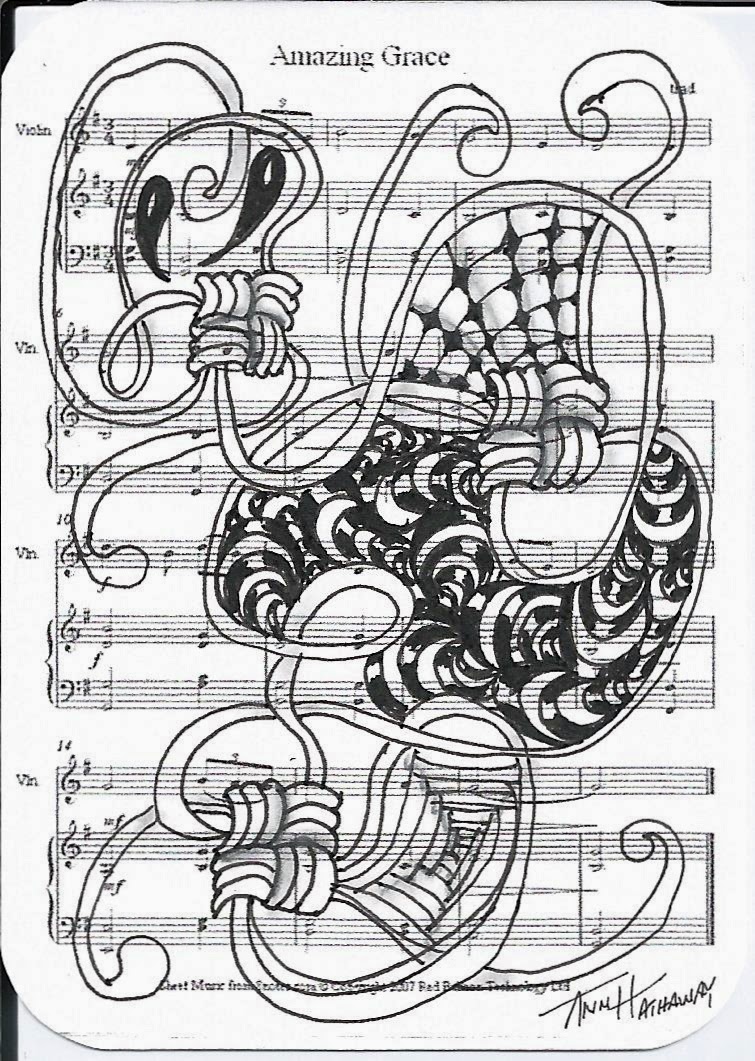 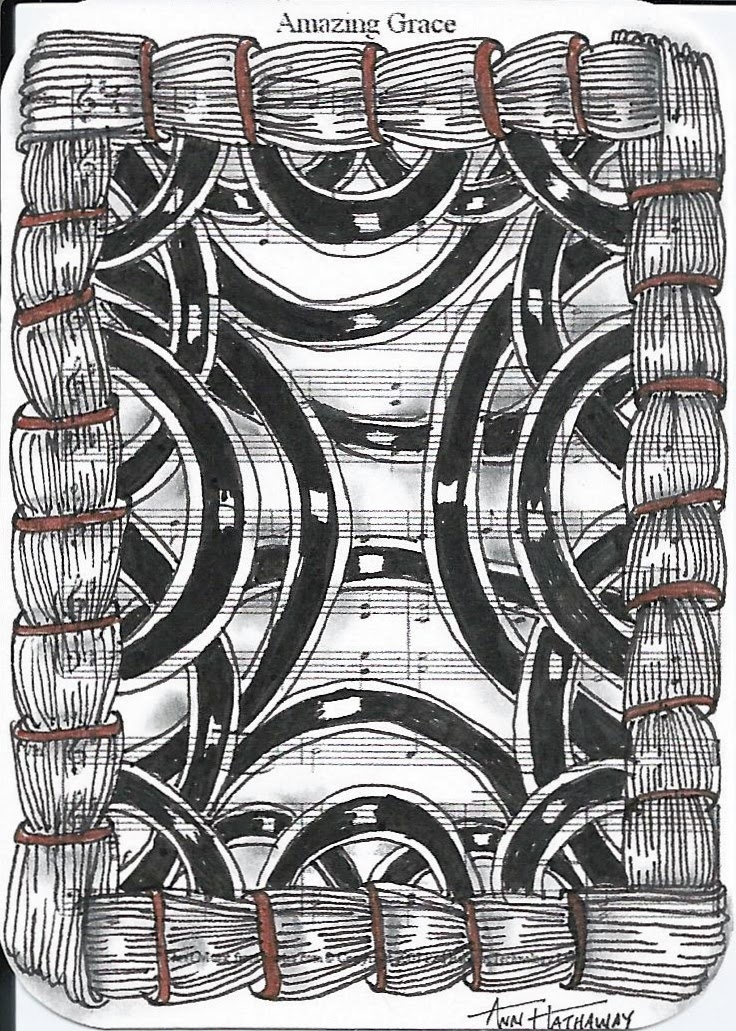 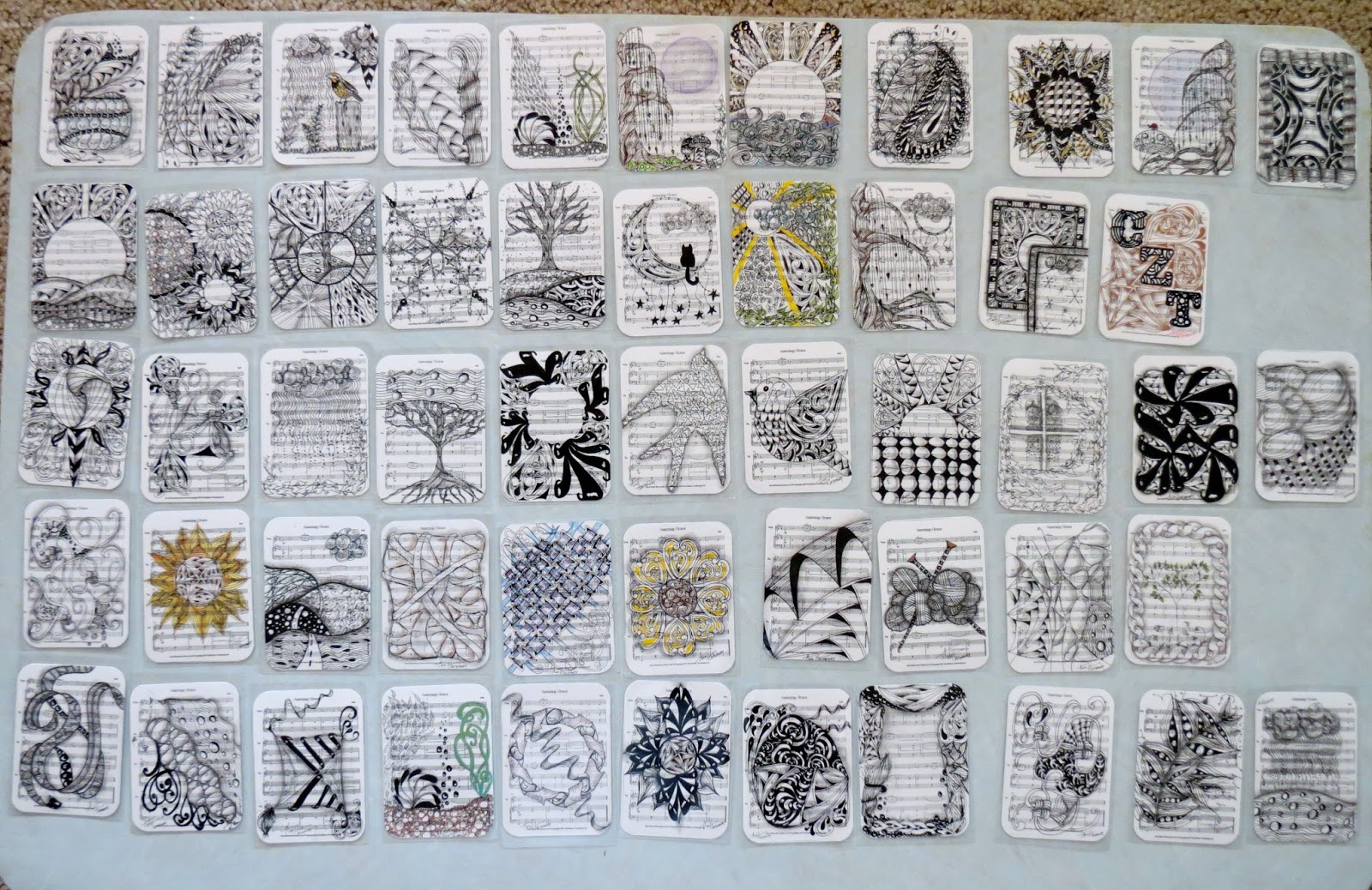 This is a great resource!

Promote Your Page Too

"If the witch understood the true meaning of sacrifice, she might have interpreted the Deep Magic differently, for when a willing victim who has committed no treachery, dies in a traitor’s stead, the stone table will crack and even death itself will turn backwards." - Aslan in The Lion, The Witch, and The Wardrobe

The Zentangle® art form and method was created by Rick Roberts and Maria Thomas. Zentangle® is a registered trademark of Zentangle, Inc. Learn more at http://www.zentangle.com/